What is Banff going to do about all those elk? (The 1990 edition)

Golfers in Banff, Alta., had enough challenges to contend with on the golf course before the elk showed up. 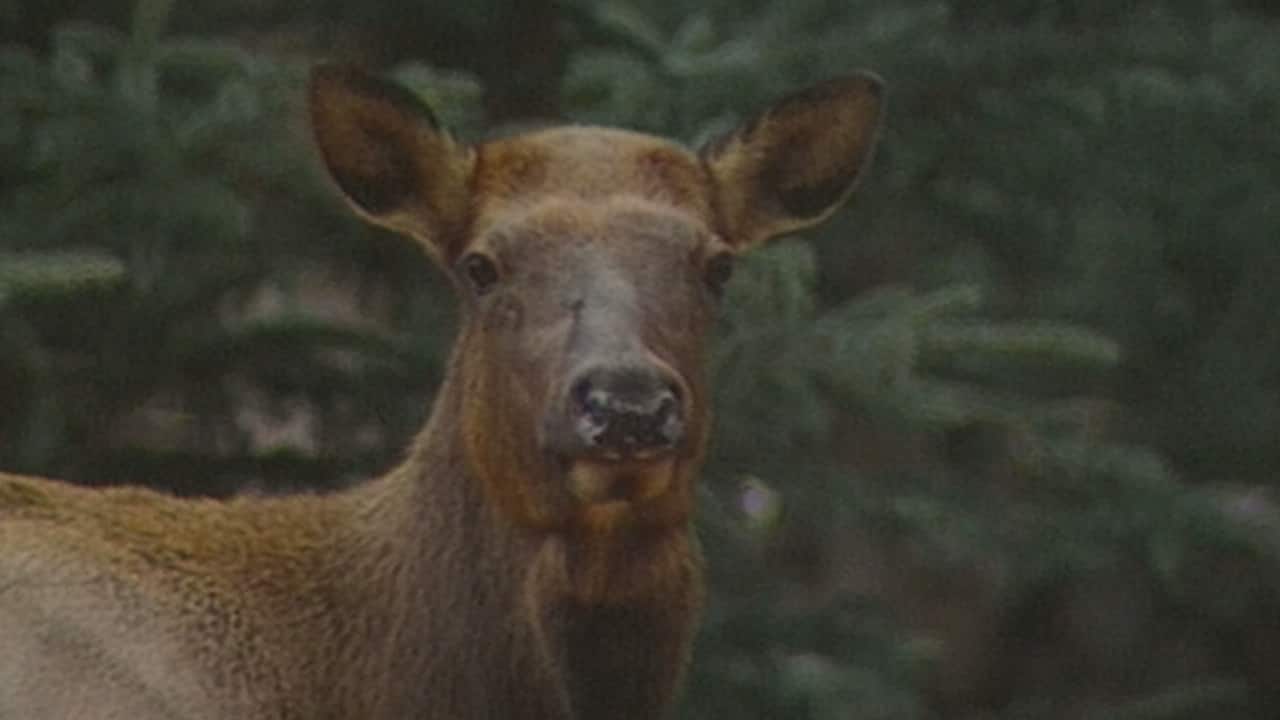 So many elk in Banff, Alta.

Golfers in Banff, Alta., had enough challenges to contend with on the golf course before the elk showed up.

Yet at the start of the autumn in 1990, that's just one of the places the elk were congregating, putting people in contact with them in a very abnormal way.

"In between the sand traps and putting greens, some 200 elk," reporter Kevin Newman told viewers watching The National on Oct. 4, 1990, as they saw footage of some of those elk traipsing across a golf green.

"It's making it a challenge for golfers to score par."

But even outside the well-manicured surfaces of the golf course, Banff residents were aware of how strange the situation really was.

"They used to be more reclusive neighbours," said Newman, referring to the elk.

"The elk would watch from the woods as more and more people came to Banff to visit and live on land that was once elk breeding ground."

That year, however, Newman said the elk could be seen "boldly reclaiming their territory" as they ate plants on residential properties, snacked on local shrubs and walked about the town.

The elk were also getting testy with some of the humans they were encountering.

"Some have chased and injured people," Newman said. "They seemed to have lost their fear of man."

Mike McIvor, a long-time Banff resident who would again appear on The National years later to talk about the elk, said it appeared the animals sensed they didn't have to stay away from all people.

"I think that there is some suspicion that some elk are learning that people who don't carry guns really ain't all that tough," he said.

There were some gun-toting humans they did need to avoid — specifically park wardens equipped with tranquilizer darts.

The National captured footage of a small group of park wardens who had been dispatched to help an elk that had ended up with rope wrapped around its antlers.

"They tried to tranquilize him, but the elk got away," Newman said.

Doug Martin of Banff National Park said there needed to be a better understanding of what was driving the behaviour of the elk.

"It is unusual this year, but it will take several years of investigation to determine exactly the cause," he said.

Neither side was moving on

Newman said it appeared a long-term solution would involve managing the interactions between humans and elk.

"It may simply be that Banff's valley is getting too crowded for all the elk and all the people," he said.

"But with neither group prepared to leave, a way will have to be found to make them live more comfortably as closer neighbours."