Some Regina kids had built a very big "snow house" that made city bureaucrats concerned in 1985.

In 1985, city wanted to see fort torn down over perceived safety concerns 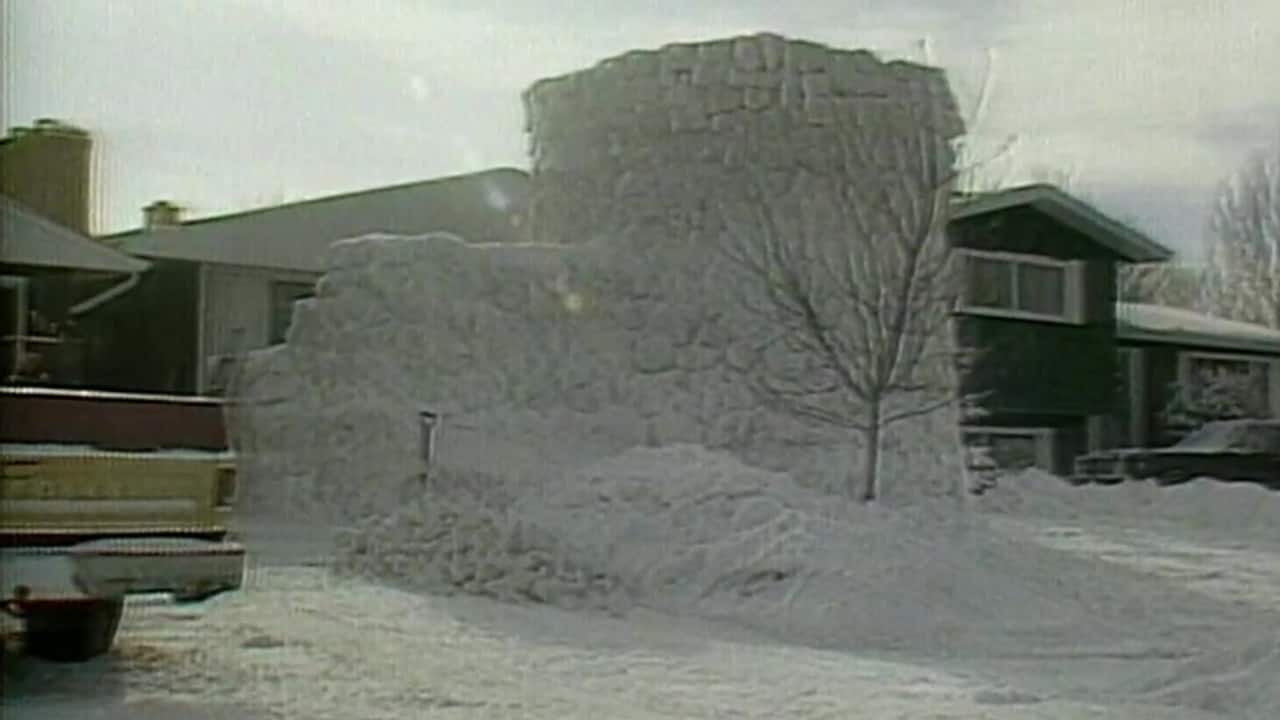 Maybe, just maybe, the worried grown-ups in Regina had a point — even if their pessimistic prophecies didn't come to pass.

The massive snow house sitting on a front lawn in the city's Parliament Place neighbourhood stood more than 20 feet tall and city officials feared it posed a dangerous situation if it collapsed on someone.

The elaborate structure was made completely out of snow. It had three floors and a tunnel that a person could climb through to make it to the top, though an aluminum stepladder could also be used to scale it.

Those who had built the snow house, however, said it was structurally sound — and it would, in fact, last the winter, without falling victim to municipal intervention.

'They have to look at it'

Reuben Harris, a 13-year-old Regina resident, had worked on it with his brother for months. Some friends had been part of the building project, too.

"They've been out every day since November, even in -35 degree temperatures," the CBC's Joni Mar told viewers, in a report that aired on Midday in February of 1985.

"To try and make sure the structure was safe, the boys turned the entire house into a solid block of ice."

Harris believed city officials needed to see the structure before they could take a strong stance on it.

Not until the bulldozers arrive

The news report indicated the City of Regina had sent a letter to the Harris home ordering that the snow house be taken down.

"Rueben's fighting the city's demand to tear the house down," said Mar. "He says he'll wait until workers come in with bulldozers to knock it over."

Mar's report ended by noting Harris "will stake his reputation on his construction because he intends to become an architect."

Eventually, there was no more fort

So, what happened in the end?

The fort didn't last forever, but the now-grown-up Harris — who ended up becoming a scientist and not an architect — can't remember exactly how the fort left its space on the lawn.

"I can't recall all of the details but winters in Regina are pretty long and cold and I think we waited until spring to soften the fort and then we facilitated its collapse," he told CBC Archives in a recent email. "The city did not have to bring in a machine to take it down."

Harris also recently talked to CBC's The Afternoon Edition about his memories of his project.