A pricey bill for a lunch served to journalists raised eyebrows in the House of Commons in 1981. 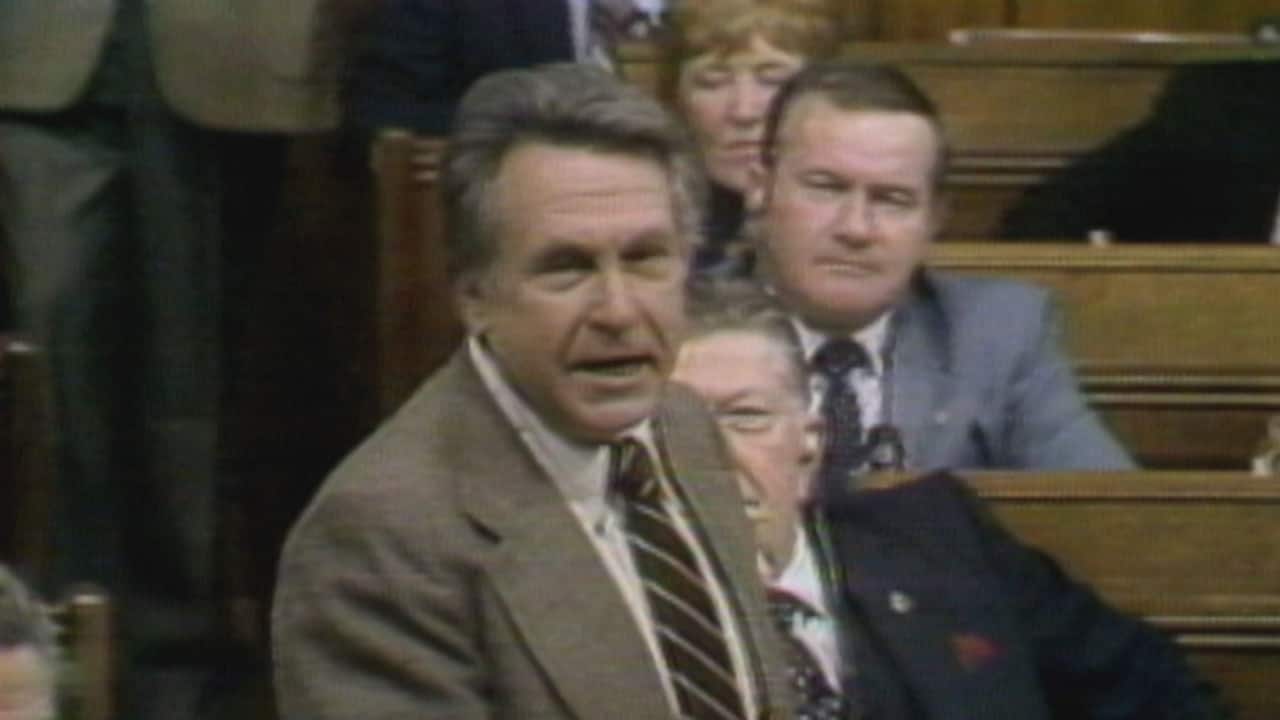 39 years agoVideo
1:54
In November 1981, a pricey lunch served to journalists was a topic of conversation in the House of Commons. 1:54

Whatever the final tally, the bill was too much and Finance Minister Allan MacEachen knew it — and so did an opponent in the House of Commons.

Thirty-nine years ago, MacEachen found himself being questioned by NDP Leader Ed Broadbent about the cost of a lunch served to journalists, an event in which the federal budget was discussed.

The controversy flared up in the House of Commons the day after the lunch had been served.

"Yesterday, the Minister of Finance entertained a dozen journalists, at public expense, at a luxury luncheon costing some $2,000," Broadbent told his fellow parliamentarians on Nov. 17, 1981, during an exchange that was shown on The National that night.

The NDP leader said that figure was the equivalent of what a single pensioner would spend on an entire year's worth of groceries.

In response, MacEachen said he "did not select the venue nor the site" for the luncheon, though he understood the issue at hand.

"I do admit and I'm highly embarrassed about it that the situation was much too lavish," said MacEachen, who told the House of Commons that he had taken swift action to pick up the tab for the pricey meal.

"When I returned to my office — directly from the meal — I issued instructions that the bill be sent to me, because in no way would I ask the taxpayers to foot the bill for a lavish occasion which I had not anticipated," he said.

But Broadbent said "the minister wouldn't be paying that bill if he hadn't been caught."

MacEachen denied this, repeating that he'd taken immediate action to deal with the bill and adding that he "didn't have to wait for [Broadbent's] moralizing or reports in the press" to do so.

An adjusted estimate for the bill

On The National, Knowlton Nash provided an update to the lunch controversy.

"After that exchange, one of MacEachen's officials said the luncheon bill would be about $600 — not the $2,000 estimated by Ed Broadbent," Nash told viewers.

The Toronto Star reported the next day that the hotel that provided the lunch had mistakenly prepared and served a more expensive meal than had been ordered.

"We goofed and served the wrong meal," a hotel manager told the newspaper.