How Haligonians took Halloween to work in 1985

Dressing up on Halloween wasn't just for kids, as a survey of Halifax workplaces showed.

Witches at the wicket, a devil at the dry cleaner 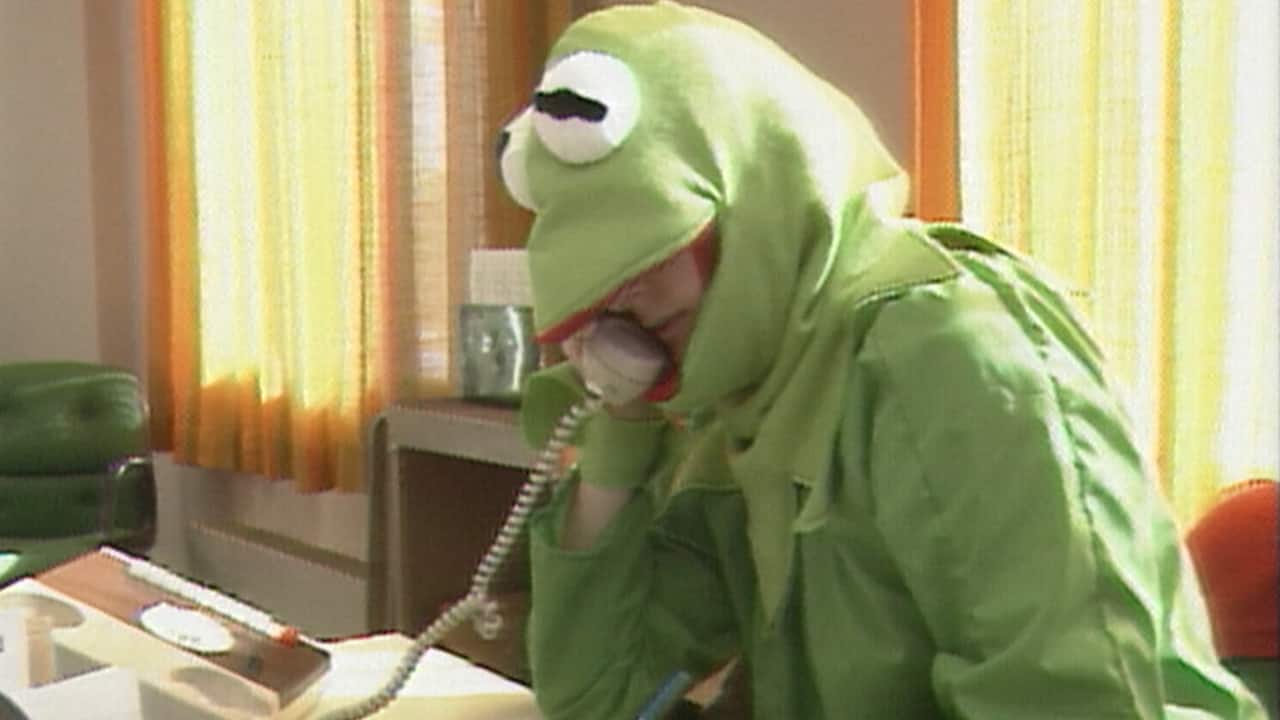 Halloween at a Halifax bank

Dressing up on Halloween wasn't just for kids.

As reporter Bette Cahill showed on CBC Halifax's 1st Edition, even bank tellers, loan officers and dentists could get into the spirit.

"They say banks can be scary at the best of times," said Cahill, as a coven of witches was seen exiting a local branch.

Inside, customers could expect to encounter a colourful assortment of costumes.

No masks allowed at the bank

A bank teller with a fake beard and a scary back view waved at the camera and a loans officer dressed as Kermit the Frog wrapped up a phone call.

"Every Halloween, employees at several banks throughout Halifax dress up," said Cahill. "They're allowed to make up their faces, but for security reasons, masks are not allowed."

The scene was much the same at a dental office where the receptionist, hygienist and dentist were all in costume.

"Good e-e-vening," said a vampire in a camera store, who presumably didn't show up on any of the film developed there.

Cahill asked a friendly-looking clown in a rainbow wig why people dressed up for work.

"I think we do it because the ki— the customers enjoy it, and they get a laugh out of it," said the clown.