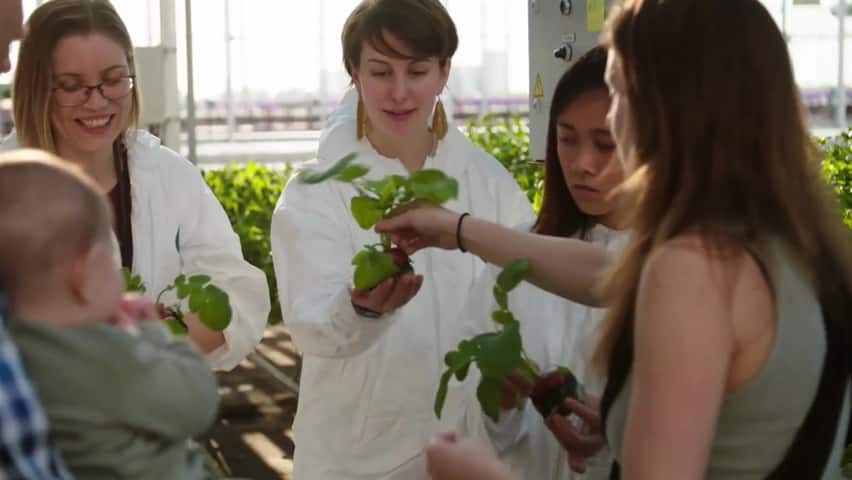 Bringing the farm to the city with economically sustainable rooftop greenhouses

Mohamed Hage and Lauren Rathmell are a new species of farmer. They've created a model of food delivery to address the challenges of our world's fresh food systems by building 31,000 square feet of 21st century farmland… on the roof of an old Montreal warehouse.

A grocery store tomato is most likely harvested in Mexico, green, shipped to a distribution centre in North America and then shipped to retail locations.- Mohamed Hage

A tomato from Hage and Rathmell's company Lufa is grown on a local rooftop and harvested just hours before it's consumed — and only when an order has been made for it.

There are now three Lufa locations, but Hage and Rathmell plan to make the model available globally. Their vision: that developers won't build any structure without putting a farm on top of it.

Hage and Rathmell are two of a new generation of passionate change-makers profiled in CBC's new series We Are Canada. Watch the series Sundays at 7 p.m. on CBC and online.