On Emancipation Day, celebrating a family history that stretches to the Underground Railroad

Can you trace your family history back five generations? Pamella Houston can.

Can you trace your family history back five generations? Pamella Houston can, not only to her great-great-great-grandparents, but to one of Canada's most important historical eras.

Houston is a fifth generation descendant of the Underground Railroad, the network of safe houses and transportation that helped fugitive Africans escape slavery in the southern U.S.

Each year on August 1, Houston's family gathers in Owen Sound, Ont., for Emancipation Day, the annual celebration of the abolition of slavery in the British Empire.

Indeed, Houston's family history in Ontario spans even longer than that 155 years.

Her great-great-great-grandfather, John Green, escaped to Owen Sound from Baltimore, Maryland. He reached the town in 1856, met and married Mary Ann Gordon and had his first child, Thomas, in 1862. Green attended the British Methodist Episcopal Church, which still operates today, and served as preacher there.

Owen Sound was the northernmost tip of the Underground Railroad — which helped between 30,000 and 40,000 African Americans escape slavery. They travelled mostly at night and mostly by foot to designated "stations" and used coded language to aid their escape. Many found sanctuary in Canada, crossing undercover through Windsor, Ont., and the Niagara region, as well as Halifax.

Houston's mother, Sally Houston (born Sarah Harriet Green in 1937, the 13th of 15 children), has deep-rooted Ontario lineage on both sides of the family, John Green being on Sally's paternal side.

This striking family portrait comes from her maternal side, and features her grandmother Sarah Ann Woods in the centre, whose family emigrated from England to Ontario in the 1870s:

Owen Sound has been celebrating Emancipation Day — the anniversary of the British Commonwealth's Slavery Abolition Act of 1833, which took effect on August 1, 1834 — since 1862. No Emancipation Day event in North America has been running continuously for as long. It's even grown into a three-day annual festival celebrating history, culture and community.

In this news story from the CBC Archives, black Canadians describe what had changed — and for many, what hadn't — since the Underground Railroad first brought their ancestors to Canada (the clip, being from 1961, contains some dated language): 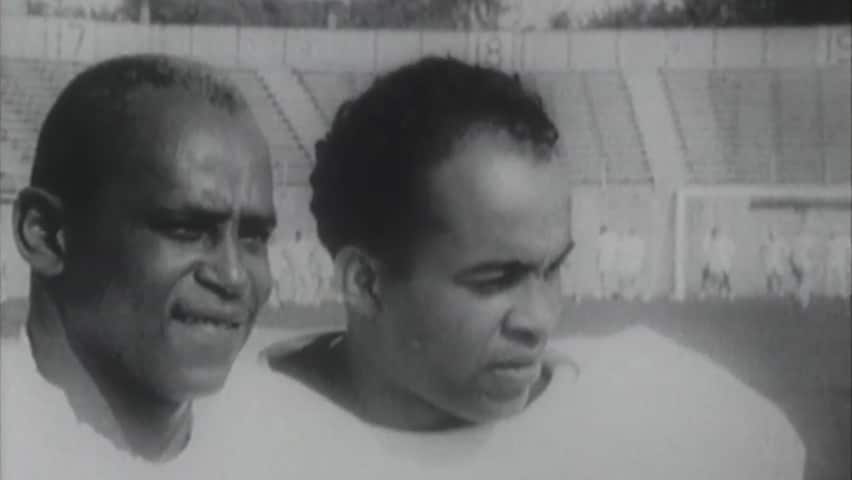 1 year ago
16:04
Black Canadians discuss their experiences with prejudice and acceptance in Canada. 16:04

For the Houston family, Emancipation Day also serves as an annual reunion.

"I have been attending this reunion for 49 years and will continue to do so," says Houston. Her 12-year-old daughter will also be at this year's gathering. "Most of my elders have passed on and it's up to my generation to keep it going. If we didn't, how could we continue on where our ancestors left off?"

Her mother Sally agrees, "We meet in Owen Sound to meet and greet our cousins who come from near and far. It's tradition!"