Canada: The Story of Us

The turban that rocked the RCMP: How Baltej Singh Dhillon challenged the RCMP — and won

When Dhillon applies to join the RCMP in 1988, the dress code forbids beards and wearing a turban in place of the uniform hat. 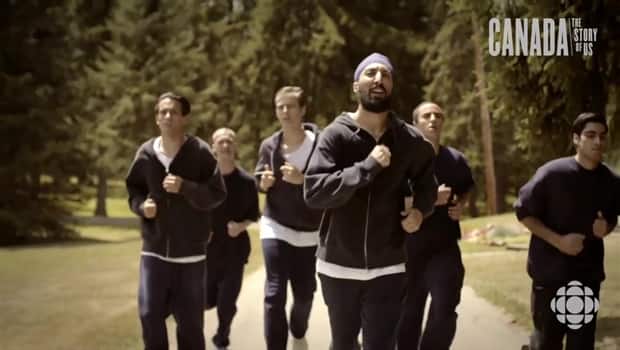 Canada Story of Us

Canadians have long loved a man in uniform, from Dudley Do-Right to Constable Benton Fraser on Due South. But that love isn't universal: when Baltej Singh Dillon fought for the right to wear a turban as part of his RCMP uniform in 1988 - 90, many Canadians turned against him — believing that the traditional Mountie uniform (including a flat-brimmed Stetson hat) was more important than an individual's religious requirements.

The Royal Canadian Mounted Police has been a strong Canadian cultural symbol since its inception in 1920 (and prior to that, as the Northwest Mounted Police). Its distinctive uniform, the "Red Serge" – with its red tunic and riding boots – is iconic and has remained largely unchanged for more than 100 years.

But as demographics in Canada changed, police forces (and the general public) were slow to catch up. In 1987, the RCMP – a predominantly white organization – began to actively recruit visible minorities. The Mounties soon realized that certain cultural practices might interfere with RCMP traditions.

Raised in Malaysia, Sikh teenager Baltej Singh Dhillon and his family move to British Columbia in 1983. They settle in Surrey. He studies criminology, and though initially interested in practicing law, Dhillon begins to volunteer with the RCMP.

He acts as an interpreter so that the RCMP can communicate with recent Asian immigrants. The use of volunteer translators further highlights the RCMP's need for a more culturally-diverse recruitment pool; cultural homogeneity may hinder investigations.

In 1988, Dhillon decides to formally apply to join the RCMP. Though he meets all the entrance requirements, there's one significant problem: the dress code forbids beards and wearing a turban in place of the uniform hat.

Sikhs have long been one of Canada's largest religious groups, currently comprising 1.4% of the country's population (in fact, the current federal Cabinet has more Sikh members than in India, where Sikhism originated.) Sikhs first immigrated to Canada (largely British Columbia) at the turn of the 20th century and many have served in the Indian, Canadian and British militaries.  For many Sikh men, the turban and beard are compulsory components of their religious faith.

Are Canadians really open-minded about multiculturalism?

In 1989, Dhillon appeals to the RCMP Commissioner, who recommends removing the ban on beards and turbans to the federal government. The uniform has undergone changes in the past — most notably in 1974, when skirts and women's heels were introduced – but this proposed change incites acrimony across the country.

Over 90,000 Canadians sign petitions against allowing turbans to be worn in the RCMP. An Albertan entrepreneur sells thousands of calendars satirizing RCMP uniform changes. Other vendors do brisk business selling anti-turban pins.

The newly established Reform Party takes up the RCMP dress code controversy as a cause célèbre in 1989, vigorously campaigning against changes to the uniform.

After months of debate, the Brian Mulroney government announces new changes to the RCMP dress code in March of 1990 — including the freedom  for observant Sikhs to wear beards and turbans. As a result, Dhillon joins the RCMP, trains in Regina and graduates to active duty in 1991.

However, protesters continue to rail against the dress code changes. Dhillon receives anonymous death threats in the mail. Critics in some Canadian municipalities and a group of retired Mounties launch legal challenges to the changes. All fail and, by 1996, the government's decision is confirmed by the Canadian Human Rights Commission and the Supreme Court of Canada.

Following the legal battle, Baltej Singh Dhillon enjoys a long career with the RCMP. He is first stationed in the small interior British Columbian city of Quesnel, where he receives a warm welcome from the locals. He later becomes a specialist in interrogation and polygraph testing. He aids the investigation into the 1985 Air India bombing.

Dhillon currently serves as Inspector in charge of Operational Readiness and Response and continues to blaze trails in the realm of officer mental health: he has recently become a certified yoga instructor, offering mindfulness meditation courses to 'E' Division in BC as part of a self-care strategy.

Dhillon's dress code victory is but one in a continuing line of cultural clashes in Canada. Years later, in 1993, decorated Second World War veteran Pritam Singh Jauhal is refused entry into a Royal Canadian Legion hall in Surrey for refusing to remove his turban. And in 2016, the RCMP first makes an exemption for hijabs in its dress code.

Baltej Singh Dhillon was one of the first to fight for the right to practice his faith while serving Canada,  but he likely won't be the last.