Canada: The Story of Us·Video

Most French Canadians are descended from these 800 women

In 1660, New France had six male settlers for every female settler. The Filles du Roi were poor women who were brought to North America to fix this imbalance and populate the colony.

The Filles du Roi had one job: populate the colony 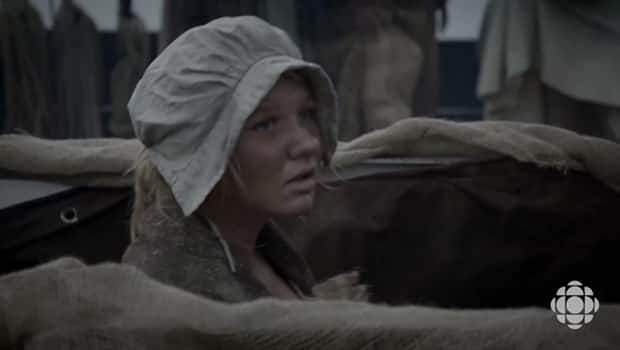 Canada Story of Us

4 years agoVideo
2:20
Élisabeth Aubert chooses a spouse. She is one of 800 young French women known as les filles du roi who immigrated to New France between 1663 and 1673 as part of a program designed to boost the population by encouraging male immigrants to settle, marry and raise families. 2:20

It's 1663. New France has a population problem.

Britain's colonies to the south have 18 times as many settlers as New France. Britain has a wide-open policy on who can come to the colonies, meaning Brits from all walks of life are risking the perilous ocean voyage. France, on the other hand, has banned Protestants from going to New France.

The British colonies have a farming-based economy, meaning men bring their wives over and have families, whereas the French settlers are mostly fur trappers and missionaries. That population gap is only getting wider. Britain's colonies are growing, but in New France, which has only one woman for every six men, the population is stuck.

The women would be known as the Filles du Roi or "Daughters of the King."

Almost all the women are poor. Many are orphans. One in 10 doesn't survive the voyage from France.

For the 800 women who make it, France pays for the women's passage and provides a dowry of from the royal treasury. The women are also given a hope chest containing, among other things, a pair of hose, a pair of shoes, a bonnet, gloves, a comb, a belt and various sewing supplies.

The Filles du Roi step off their boats into a foreign landscape. It Is a sparsely populated, heavily wooded wilderness. Many of them are from France's cities and are about to get a harsh introduction to the backbreaking world of 17th century farm labour. Canadian winter will be unlike anything they've ever experienced. And in the coming years, many of them are going to be pregnant more often than not.

As daunting as that sounds, all of the Filles du Roi come to New France voluntarily. Even with the cold climate and hard toil, life in New France has advantages over the lives they left behind.

Unlike many women at the time, the Filles du Roi are allowed to choose their husbands. Admittedly, they're choosing from a very small pool — the population of New France is just over 3,000 and includes a disproportionately high number of priests.

The women meet potential suitors in a series of chaperoned, interview-like "dates."

The meetings are presided over by Jean Talon himself, along with Ursuline nun Marie Guyart. (Guyart would later be canonized as St. Marie of the Incarnation.) The women sail down the St. Lawrence, stopping first at Quebec City, then Trois-Rivieres, and eventually making their way to Montreal. At every stop, they have to make a choice; go with one of the men there, or see if there's a better husband waiting down river.

The women are given 50 livres — the equivalent of roughly $1,000 today — as a dowry. As poor women without dowries, finding a husband (let alone one they liked), would have been nearly impossible in France.

There are other advantages, too. Abundant food means that women in New France live longer than their peers in Europe.

Families with more than 10 children get an additional annual pension of 300 livres ($6,000) from the crown.

The program leads to a population explosion unlike anything Canada has seen since.

The average family has five children — almost twice as many as the "Baby Boom" that follows WWII. The population of New France more than doubles in a decade.

Two-thirds of today's French-Canadians can trace their ancestry back to one of these 800 women. Their influence was felt outside Quebec, as well. Some famous Americans also claim a Fille du Roi as an ancestor, including Hillary Clinton, Madonna and Angelina Jolie.

There are very few first-hand accounts of the lives of the Filles du Roi. Few of them could read or write. Their histories have largely been told by subsequent generations. That said, one thing we know with absolute certainty: the Quebec we know today owes a lot to the fortitude of these incredibly tough women.